goal
ɡōl/
noun
1. (in football, soccer, rugby, hockey, and some other games) a pair of posts linked by a crossbar and often with a net attached behind it, forming a space into or over which the ball has to be sent in order to score.

2. the object of a person’s ambition or effort; an aim or desired result.
“going to law school has become the most important goal in his life”

We’re going to focus on the second definition. And why not, let’s use google’s example too. And I’m going to call our future law student “Jerry”.  Jerry decided he wanted to be a lawyer in high school, he had great mentors and teachers. His uncle is a successful lawyer and has given Jerry advice and insight on what the profession is actually like. At age 17 he’s convinced that justice is his life’s path.

Do you think that Jerry all of the sudden just BECAME  a lawyer? No. Absolutely not! Who would hire a lawyer who just one day decided to be a lawyer! I imagine, to become a lawyer, one has to set smaller, more manageable goals and tasks before signing up for the bar exam. Right?

Okay. Enough about Jerry. Why am I talking about a fake high school kid who has dreams to be a lawyer? Because I want to show you that in order to reach a BIG goal (such as a career change, a fitness goal, a lifestyle change) we have to take steps to get there. Setting goals (no matter the size) takes thought and mindfulness.

It means we need to break it down after we identify the big goal. Then, we need to chop that big goal up into a few little goals.

SPECIFIC: Be a kick ass lawyer.
MEASURABLE: Did Jerry get into college? Take the LSATs? Which law schools did he apply for?
ACHIEVABLE: Does Jerry actually have the skills to be an amazing lawyer? Or is he chasing a dream that would have his time better spent being a plummer? Get real, is this going to happen for him?
RELEVANT: Is Jerry the right man for the job? Does the world need more lawyers or is the market saturated?
TIMELY: This isn’t going to happen in a day. Jerry has to study and make sure he learns the skills necessary to be the best lawyer–what does that time frame look like: daily? weekly? monthly? YEARLY?

So, in order to become an amazing lawyer Jerry needs to:
–apply and get into law school (assuming he has an undergrad…etc etc.)
–He needs to look inside him self and see if this is truly something he can do and is capable of, (to put this in a ‘fitness’ perspective–if you’re goal is to have a thigh gap you need to see if your hips and pelvis actually are capable of this. NOT ALL BODIES CAN HAVE A THIGH GAP–so it’s a lost cause for most women to make this their goal.)
–Jerry also needs to look around at the market, does the world need more lawyers? He needs to do his research and decide if after all is said and done, will he be successful?
–What is the time frame for this goal? How many years does he need to anticipate it to take to achieve this goal and what needs to happen in that time. BREAK.IT.DOWN.

Okay. Enough about Jerry–yeesh, what’s with that guy? Let’s talk about you. What are you goals? How can I help you break them down into a SMART goals?

Step one: Subscribe to my blog and I can help you be a resource to be motivated! (You can do that over there…——->
Step two: Email me, right now. Send me your big goal and I will get back to you within 24 hours and we can chat about it. We can work together to break it down and get you geared up to achieve your goal. Whatever that goal may be: fitness, wellness, writing a book or getting a job. Let’s start here together.
Step three: I guess I don’t have a step three. Follow me on instagram, mostly because I think I’m pretty funny and inspirational…and quite humble too. 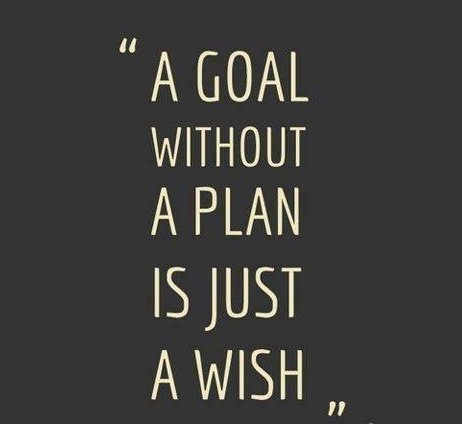